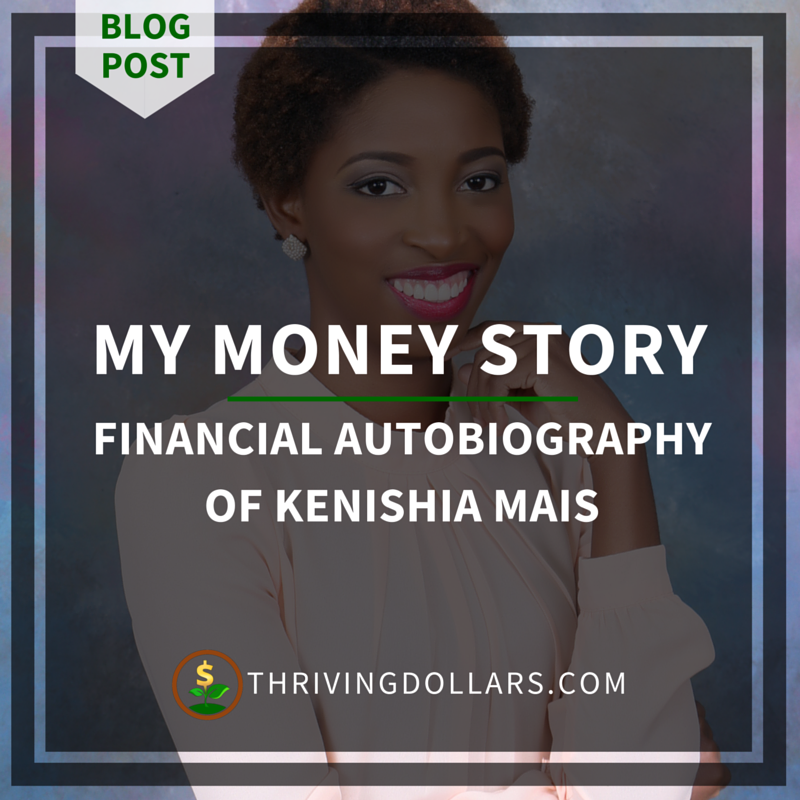 The Financial Autobiography of Kenishia Mais

I have had a fascination with money for as long as I can remember. At about age 6, I used to look forward to my parents throwing their spare change into a tall, wooden saving pan we had, and then I would empty all the coins on the floor each week and count them. I loved how the money kept growing week by week and this early foundation, as simple as it seems, instilled the discipline of saving in me and became a habit I carried into adolescence and adulthood.

In high school I taught myself how to budget and save by creating detailed saving plans for each semester, complete with little check boxes that I ticked off each week as I met my saving goals. I loved, loved, loooved budgeting and saving and enjoyed watching my little money stash grow. Having money felt good!

My financial savviness continued into adulthood as I entered the workforce. As I was accustomed to doing, I created a detailed weekly saving plan which allowed me to save close to 50% of my weekly salary – even with the responsibility of paying my own bills since I had moved in on my own by then, at age 19.

Everything was going well. I sacrificed the not-so-important things and remained disciplined and committed. I was proud of myself! That is, until I snapped.

Being a dedicated saver who had parents that had a poor relationship with money meant that I was usually the first source of funding when the parentals needed to cover an extra bill or emergency. They called them loans but most of the money they borrowed was never repaid.

This continued for years until I finally reached my breaking point. My mom and I had a huge fight about money that she was demanding money from me – my money that I had been saving for months. I didn’t feel like giving it to her since I had already depleted my savings twice in the prior months to cover a loan and some expenses for her.

After our fight, I grudgingly gave her the money, but I also decided that if I couldn’t have the joy of saving and seeing my money in the bank, then I would at least have the joy of spending every single dollar. And spend I did!

I was weary of over-extending myself and being burdened by others over my own money so I made sure that when someone asked me for money, I could say “no” without feeling guilty, since I didn’t actually have any. In hindsight, this was a very poor choice. But listen… Ya’ girl was ballin’!

I went out and blew my money on makeup, movies, restaurants, new clothes, the whole shebang! By the time I burned through almost all of the accumulated savings that was intended to be my first year university tuition, I had changed jobs twice (both with less pay and increased traveling costs) and attempted to start two businesses that failed miserably before they even got off the ground.

I eventually ran out of F-U-N money and became entirely dependent on my very small salary for mere survival. I no longer had the safety net I was accustomed to having and for the first time in my entire life, I felt stuck.

After months of 6 hour commutes, constantly feeling exhausted and burned out, in addition to being under compensated, I left my job just 5 days shy of my 21st birthday. Things at work had deteriorated to the point where choosing between my salary or mental, emotional and physical health were the only options I was faced with. Though I again had no financial safety net, I still chose the latter. An income is replaceable, good health isn’t.

I started a fresh round of job hunting by going door-to-door and dropping my résumé off at 32 companies I wanted to work for. While I waited on a call back from one of the companies, I decided to do temporary freelance outdoor marketing work for a shipping company.

As valuable a learning experience as this was, finding enough to provide a consistent or livable income was challenging. I began to supplement my occasional earnings with my credit card and trained myself to only eat one meal each day in order to cut back – though I honestly couldn’t even afford that much sometimes. Not having enough money for basic living expenses meant that I also didn’t have enough to pay my credit card balance in full each month. Yikes!

This was my first lesson in how brutal compound interest can be when it works against you. Needless to say, this further compounded my financial struggles and while the interest on my credit card balance grew, so did my anxiety. I felt defeated and hit what was one of the lowest points in my life up until that point.

By mid-2013, my defeat gave way to frustration, which gave way to anger. I was fed up with being broke and in debt! It is said that, “Once you’ve hit rock bottom, the only way out is up.” With this in the back of my mind, I reached out to a close friend and asked him to teach me how to get rich. He responded to my rather unorthodox request by giving me a copy of the audiobook Rich Dad, Poor Dad.

I listened to it twice to make sure I was hearing right. Rich people make money work for them? How? What does that even mean? Is this real? How does it work? HUH??? I had never heard anything like this before and I was intrigued. Flabbergasted, but mostly intrigued.

My friend then suggested to me that I should start investing. Initially I thought, “Nah, I’m broke.” But out of curiosity, and since it wouldn’t hurt to learn how all this make-money-work-for-you thingy works, I began researching and learning about stocks. Since I couldn’t find adequate information on the Jamaican stock market, I spent weeks learning as much as I could about how the US market works, and then taught myself how to find common denominators that were applicable to the local market.

After consuming mounds of information, I decided to take the plunge. I cashed out what little money I had managed to not blow through and put it into the stock market. Crazy, I know!

I was still broke, still in debt, and my occasional freelance work had dried up by then, so I was now also unemployed. Despite the circumstances, I was committed to learning how to invest not only in theory, but by action. On July 18, 2013 at the ripe ol’ age of 21, I took all my little money to a local broker and opened an equity money market account, bought my first 700 units of stocks, and started my retirement fund.

By this time I was quite baffled that they never taught financial literacy and investing in school, considering how important they were. Or did I somehow miss those classes?

After 11 months of gainfully unemployment, I landed a brief tenure with an insurance company which allowed me to regain financial footing. I first accepted responsibility for the poor choices I had made and then committed to repairing my broken relationship with money and correcting my financial mistakes.

I covered only my basic necessities and directed most of my income towards paying down my credit card debt and rebuilding my savings. This journey of financial recovery led me to start sharing what I was learning about personal finance on my blog in hopes of helping others to do better and avoid the pitfalls I had fallen into.

The feedback I received encouraged me to further explore the ins and outs of other investment instruments and different areas of personal finance and microeconomics and I began teaching what I knew about personal finance to anyone who would listen. Soon after, I was helping my friends to budget and better manage their finances. I realized this was something I truly enjoyed doing, which further fueled my pursuit of financial education and empowerment.

At the end of my 6 month contract with the company in early 2014, even though I had only accumulated a small safety net, I left with an almost nil debt balance and a desire to succeed on my own accord as an entrepreneur – another lifelong passion.

Being very unsure of how to make a career out of teaching financial literacy, I opted to do something else while I figured it out. Shortly after, I started an online retail business – Accessories & Essentials – which I built from the ground up with US$6 and the sale of my first pair of earrings for JMD$300.

After spending many sleepless nights building an ecommerce website from scratch, slogging through door-to-door sales, and pouring every waking moment I had into A&E, I was unfulfilled and restless. After a year and a half, I finally admitted to myself that it just wasn’t the right business for me. 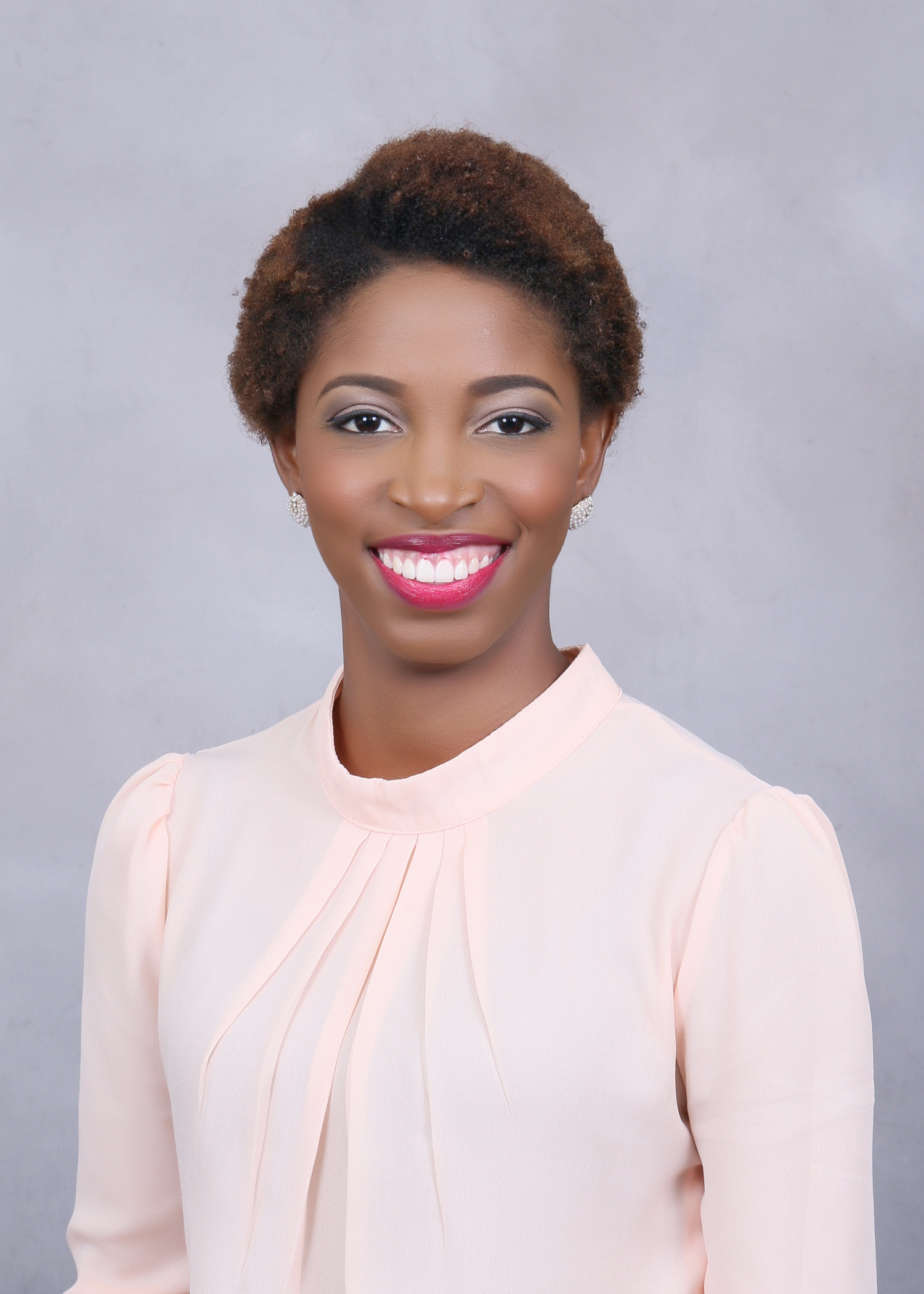 My lifelong passion for personal finance coupled with my multitude of experiences told me take yet another leap of faith and pursue what I had been yearning to do all along, though I wasn’t sure how any of this would work out. However, being quite adept at learning the way along the way, I leaped nonetheless.

By this time I had managed to build up an adequate safety net (third time’s the charm) and decided to close my retail business to focus solely empowering others through financial literacy. I converted my personal blog with posts about personal finance into what you know today as ThrivingDollars, and have since been teaching financial literacy to individuals, schools and organizations.

The rest, as they say, is herstory.

Shares
3 Worthwhile Things To Do This Weekend That Won't Blow Your Budget
Ready to Invest? Here Are 4 Things You Need to Get Started

Hey there, welcome! I'm Kenishia. My mission here is to empower you to make smarter decisions with your money so that you can create your ideal financial life & gain the freedom to pursue more of what you love.

Looking for something specific?